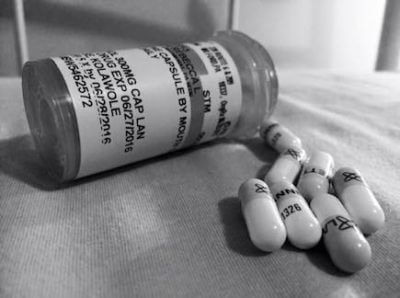 Cases of Intrahepatic Cholestasis of Pregnancy can range from mild to severe, and in severe cases can cause damage to the fetus or result in stillbirth. This is why regular monitoring of the mother’s bile levels as soon as possible is very important.

Active management of Intrahepatic Cholestasis of Pregnancy is critical, because with active management, the risk level of stillbirth decreases to the levels of a normal pregnancy. Management of ICP may include many components to prevent stillbirth, but the two most important and most common are medication and early delivery.

Ursodeoxycholic Acid (UDCA, Ursodiol, Actigall)
The frontline treatment for Intrahepatic Cholestasis of Pregnancy is UDCA in doses 10-21 mg/kg per day. This medication has been shown to be superior to all other medications in the treatment of ICP, and has been shown to be safe for both mother and baby. Research has identified many ways in which it may help to protect the unborn baby until delivery can occur. UDCA works to reduce total bile acids in the bloodstream. It is, itself, a bile acid which is naturally produced in the body in small concentrations, but unlike other bile acids it is not toxic. It replaces the other toxic bile acids in the blood.

There are many other ways that this medication may help protect the baby, including preventing premature aging of the placenta, reducing risk of meconium staining, protecting the baby’s heart against changes induced by bile acids, restoring the placenta’s ability to transport bile acids away from the baby, and protecting cells from damage due to bile acids. Depending on the country, this medication may come by a different name (such as Ursofalk or Ursotan). If in doubt of the medication prescribed by your health care provider, perform a Google search of the medication that has been prescribed. The active ingredient should be Ursodeoxycholic acid.

Cholestyramine (Questran, Colestipol)
This medication was previously thought to be harmless to the unborn baby as it is not absorbed into the bloodstream. Instead, it remains in the digestive tract, binding excess bile acids there and removing them with the feces. It does not actively remove bile acids from the bloodstream. It is no longer recommended for use with Intrahepatic Cholestasis of Pregnancy, however, because it also binds fat-soluble vitamins, namely vitamin K. Since women with the disorder are already at risk for vitamin K deficiency, this can sometimes exacerbate the condition and lead to a higher risk of maternal hemorrhage. Sometimes cholestyramine is still prescribed in conjunction with UDCA. In these cases, the cholestyramine must not be taken within several hours of the UDCA since it will bind this medication and prevent it from being absorbed. It should also be prescribed with a vitamin K supplement, which must also be taken several hours away from the cholestyramine.

Dexamethasone
For some women, dexamethasone or other steroids may help reduce itching. However, it has been shown that UDCA is generally more effective. Steroids are also ineffective at reducing total bile acids. Additionally, repeated use of steroids during pregnancy may create problems with birth weight and brain development of the baby.

SAMe (S-Adenosyl-L-methionine)
SAMe is not as effective as UDCA, but it is very effective when combined. It is a good choice to combine with UDCA when UDCA alone is not controlling bile acids well.

Rifampin
This medication is an antibiotic used to treat tuberculosis. It has the ability to reduce cholestatic symptoms for reasons that are unknown. It has never undergone clinical trials in pregnancy and it has many side effects, some of which can be serious. It is unknown how these side effects may affect the unborn baby, so it should only be used in the most severe cases. There has been one recent retrospective study which examined a small population that had been treated with combined UDCA and rifampin. In this small study, it appeared that combined treatment may reduce bile acids where UDCA alone did not.

Vitamin K
Some providers choose to prescribe vitamin K to all Intrahepatic Cholestasis of Pregnancy patients. Others only do so when there is evidence of a deficiency such as abnormal clotting shown in PT (prothrombin time) and/or PTT (partial thromboplastin time) tests, abnormal bruising, or pale stools.

Since it is not possible to predict which pregnancies are at risk for stillbirth, it is recommended that all ICP pregnancies, both mild and severe, be delivered early, even if serum bile acids return to normal after treatment with UDCA. delivery will occur at 36 0/7-37 0/7 weeks gestation as recommended by the American College of Obstetrics and Gynecology (ACOG) in their committee opinion  published in February 2019. However, newer guidelines from the Society for Maternal Fetal Medicine (SMFM) allow for a slightly larger delivery window of 36 0/7 to 39 0/7 for mild cases. Severe cases with bile acids reaching 40 should also be delivered in the earliest portions of this window. Very severe cases with total bile acids over 100 are recommended to deliver at 36 and 0/7 exactly, or earlier with other complicating factors. Exact timing of delivery can be difficult, as it means balancing the risks of the disorder with the risks of early delivery. It is known that most stillbirths tend to cluster between 37-39 weeks, which is why delivery is recommended to occur prior to this gestation.

One concern women often have when confronted with early delivery is the risk of Cesarean section. It has been shown in studies that women with Intrahepatic Cholestasis of Pregnancy are not at increased risk of Cesarean section, even when they deliver early. This is largely due to the fact that the disorder makes the uteruses more sensitive to the hormone oxytocin (Pitocin), making it easier to start labor.

Understand that it is normal to have worries and concerns about early delivery. It can be a difficult concept to come to terms with, but in cases of Intrahepatic Cholestasis of Pregnancy it is recommended to protect the baby against the risk of stillbirth.

Monitoring
The medication UDCA and early delivery, typically at 36-37 weeks, are considered by many providers to be the two most important parts of your management plan. There are many other types of monitoring which may be performed to give the health care provider more information regarding the condition of the mother and the baby.

Bloodwork
Most healthcare providers will choose to monitor your bile acids once or twice weekly during the time between diagnosis and delivery. This monitoring is recommended because if it is found that bile acids are not being well-controlled adjustments can be made to your treatment plan, including increasing the dosage of UDCA, adding a second medication such as SAMe, or delivering earlier than previously planned. In many cases, liver functions will also be monitored to provide the healthcare provider with information regarding how the mother is coping with the pregnancy. Elevated liver functions do not pose a risk to the baby.

If there is a concern that the mother may be suffering from vitamin K deficiency, the provider may run tests to check to see if blood is clotting normally. These tests are PT (prothrombin time) and PTT (partial thromboplastin time). If these are abnormal the deficiency can be corrected with oral vitamin K supplements.

Need to find a doctor in your area?