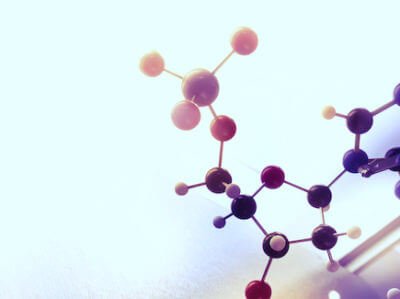 Research of Intrahepatic Cholestasis of Pregnancy

Dr. Richard H. Lee is a board-certified maternal-fetal medicine specialist at the Keck School of Medicine of the University of Southern California. His research interests include medical diseases in pregnancy and obstetrical complications. He has several research publications on intrahepatic cholestasis of pregnancy. Dr. Lee is particularly interested in the clinical outcomes and approaches towards lowering perinatal morbidity and mortality in pregnancies affected by Intrahepatic Cholestasis of Pregnancy. He has studied the outcomes of pregnancies with the active management of ICP, the effect of bile acid concentrations on perinatal outcome in Intrahepatic Cholestasis of Pregnancy, the effect of bile acids on the human fetal heart during pregnancy, and the normal bile acid range in pregnancy. He has co-authored several reviews on Intrahepatic Cholestasis of Pregnancy. He is currently collaborating with Dr. Laura Bull (UCSF), investigating the ethnic and genetic factors contributing to the risk of developing ICP.

Dr. Jonathan K Mays is Director of Maternal Fetal Medicine at Metropolitan Hospital Center/New York Medical College, New York, NY. His Six-Year Cohort study is the largest prospective study regarding Intrahepatic Cholestasis of Pregnancy in the United States to date. He has published several papers in the area of maternal-fetal medicine, with specific emphasis on ICP. Dr. Mays has studied approaches to active management of the condition and the ideal time to intervene with induction of labor. He is currently working on a research project to investigate the genetics of Intrahepatic Cholestasis of Pregnancy.

Perinatal Research Group, Dr. Cecilia Estiu in Argentina from Hospital Ramon Sarda published a Clinical Practice Guideline designed for diagnosis, monitoring and treatment for ICP. Its purpose is to recommend best practices to date based on the best available evidence for a significant number of clinical situations which occur with high frequency.

The Department of Medicine, University of Chile School of Medicine, Santiago, Chile, Dr. Humberto Reyes: Their work has included ICP in twin pregnancies, estrogen’s role in ICP, bile acids and progesterone metabolites in ICP, and a retrospective analysis of their 12-year experience treating ICP patients with UDCA. At 3 months, all infants developed normally. The drug was well tolerated and no adverse effects were detected in their infants. Twenty-six children whose mothers received UDCA were re-examined after 1-12 years and they and their mothers were healthy.

Professor Bill Hague, of the University of Adelaide’s Robinson Research Institute will lead an international, multi-centre project to help find the best treatment for a rare pregnancy complication that can cause increased risk of preterm and still birth, and considerable distress.

The multi-centre study will compare the clinical outcomes of two drugs – ursodeoxycholic acid (UDCA), which can help reduce the itching in pregnancy, as well as improve abnormal liver function, and rifampicin, which has been used for similar itching outside of pregnancy, but which, to date, has not formally been tested in ICP.

Dr. José Juan García Marín is Professor at La Universidad de Salamanca, Spain. For the last 15 years the Group of Research on Experimental Hepatology and Drug Targeting (HEVEFARM) at the University of Salamanca, Spain, has been interested in the study of the causes and disease progression of intrahepatic cholestasis of pregnancy (ICP). Particular attention has been devoted to the investigation of the consequences of bile acid accumulation in the mother on the development of fetal liver structure and function, as well as on the role of the placenta as protecting barrier, but also as organ affected by maternal hypercholanaemia. The group is also interested in evaluating the effect of drugs, such as ursodeoxycholic acid, and food components, such as vitamin C, on the protection against oxidative stress induced by the accumulation of biliary compounds in maternal blood. Recently, important advances have been achieved regarding the role of sulfated progesterone metabolites in the etiology of ICP. The relationship of the impairment in maternal liver and placenta function with abnormally increased levels of these compounds in patients with ICP is one of the subjects currently investigated by the HEVEFARM. In order to better advance in the understanding of ICP and contribute to the development of new treatments for women suffering from this disease, the HEVEFARM actively participates in several collaborative research studies with prestigious scientists, also interested in this health problem, in Europe, such as Dr. Catherine Williamson and Dr. Peter Dixon in U.K. from Imperial College, London, and Dr. Dieter Häussinger, Dr. Ralph Kubitz and Dr. Verena Keitel in Germany (Heinrich Heine University, Düsseldorf), and in America, such as Dr. Marco Arrese in Chile (Department of Gastroenterology, Pontificia Universidad Católica de Chile, Santiago) and Dr. Cecilia Estiu (Hospital Materno Infantil Ramón Sardá, Buenos Aires) and Dr. Aldo Mottino and Dr. Carolina Gahem (Instituto de Investigaciones Farmacológicas, Facultad de Farmacia y Bioquímica, CONICET-Universidad de Buenos Aires, Buenos Aires) in Argentina.

More information on the research group, staff, activities, and a complete list of publications can be found at the HEVEFARM Web site: http://www.usal.es/webusal/en/node/342

The Maternal and Fetal Disease Research group in London.

Professor Catherine Williamson is Professor of Women’s Health at King’s College London and is head of a research group who for the past twenty years have been researching the role of genetics and hormones in ICP. Their work also includes a focus on the placenta, the fetal heart and the longer term impact of ICP on women and their children.