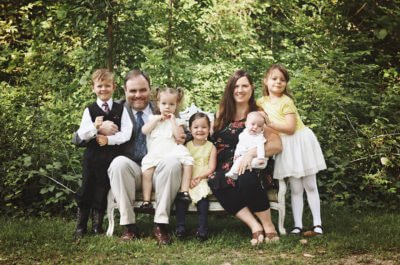 Like many people who end up a part of this community, I had never heard of Intrahepatic Cholestasis of Pregnancy (ICP) before we faced it.   My wife Karen was on her third pregnancy–we felt like pros. But she began to encounter some strange itching late in pregnancy. It wasn’t horrible, at least not at this point, but it was strange. The palms of her hands and soles of her feet started to itch, which seemed really weird. But there’s a lot of weird things that happen in pregnancy, and my wife just chalked it up to that. She thought to mention this to her provider at one session, and her provider immediately got interested in this as a potential ICP diagnosis. Many of the provider’s my wife has subsequently talked to did not seem to know anything about ICP, but thankfully this first one had the background knowledge to be able to spot the symptoms and make a diagnosis. For all I know, she had learned this to the efforts of ICP Care and some of the outreach of this group.

Armed with the diagnosis, Karen was able to gain more information, of course with the help of the ICP Care community, and learn about the risks. She learned what to do about the itching, as the itching got worse and worse and worse. The itching was really, really bad. Thankfully, she was recommended Sarna lotion and did what she could to deal with it. But she couldn’t sleep. With two little kids at home, she was exhausted and unable to sleep at night going into delivery. Ironically, I ended up sleeping very well during this time. Karen needed to blow cold air across herself at night to contain the itching, and that set me up to be bundled up with lots of blankets underneath cold blowing air across me.  It made for a very cozy sleeping environment for me. Notwithstanding her horrible misery. Because Karen was awake throughout these nights, she was able to observe how well I slept with this cold environment covered with blankets, and she often found opportunities to remind me of that.

Our daughter Margaret was induced early, according to the protocols and recommendations with ICP. It was a particularly hard birth and hard recovery because my wife went into it completely exhausted from the itching and lack of sleep.  This was one of the hardest periods of her life.

A few years later we had another pregnancy and managed to dodge Cholestasis of Pregnancy that time. We had a fifth child, and another ICP diagnosis. ICP was rough, there’s no way to describe it other than that, but with the intervening years and being armed with more information to share with her provider–new treatments, new recommendations about how to handle the itch, and overall more information–it was a much less horrible experience than the first time. It was still very hard on my wife. It was hard on me to see her go through the struggles and this really annoying itching that nothing seemed to stop. It sucks to feel powerless when someone you love is hurting.

But there’s also a component here as a father and not just a husband. My children may be genetic carriers for ICP. I have three daughters and they may have pregnancies and go through this someday. And we will have to witness them suffer through this and face itching, potential ignorance in their providers, and risk for the child. I care about ICP Care in part because I hope that the work that ICP Care does may help to prevent or mitigate this problem for my girls in the future, or the minimum at least make sure it’s better understood. But beyond that, I have two kids who were born after ICP. A boy and a girl, and they were both induced a little bit early. And they both experienced something in the womb, which may impact them to this day. It is fitting that June ICP awareness month takes place in the same month as Father’s Day.  ICP affects us as fathers too because it affects those we love–our partners and our children. And it is important that fathers be informed about ICP and educate themselves enough to be allies. We don’t have to suffer through the itching, but we should do whatever we can to help.