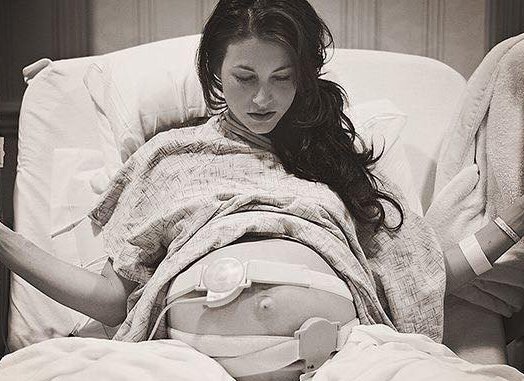 In February of 2019, a groundbreaking study was published regarding Intrahepatic Cholestasis of Pregnancy (ICP), which found that under modern management practices the risk of stillbirth is not higher until bile acids reach 100 μmol/L. The study was a fantastic example of international cooperation into research of a rare disease. Unfortunately, confusion about what this means for management of pregnancies impacted by ICP followed the publication. Some of the confusion stems from incomplete understanding of the data by laypeople. Some of the confusion stems from differences in data and interpretation among different countries’ experts and governing bodies for medical practice. Why do different countries interpret the results differently?

At the time this article was written, ACOG (American College of Obstetrics and Gynecology) recommends delivery at 36+0 to 37+0, by committee opinion published in February, 2019.

US contributors to the study verified that most American women included in the data set were delivered in week 36.

In past studies, American researchers found increased risks for women with lower bile acid concentrations. One set of non-peer-reviewed data found stillbirth was higher in mild ICP, possibly due to less active management of these groups. Another peer-reviewed study, which included 36-37 week delivery, found no stillbirths, but similar rates of other complications between moderate (20-40 μmol/L) and severe (over 40 μmol/L) groups. Another analysis of a New Jersey population failed to find a correlation between any factor and stillbirth which would allow for delayed delivery in any group of ICP pregnancies.

Sadly, the Native North American population remains unstudied. We know from speaking to researchers (who have not received funding for their proposals) that these women are at high risk, and tend to exhibit more severe forms of the disease.

No data have produced an accurate risk of stillbirth for our American population without the use of active management, which means choosing to deliver early. It is unlikely that this will be tested due to ethical concerns. Would you choose to participate in a study to see if your chance of stillbirth is higher without early delivery?

A study of almost two million Californian pregnancies meticulously calculated the risks of early delivery vs. stillbirth in cases of ICP and found that the least amount of risk occurs with a 36 week delivery.

In many countries, such as the UK, women have more immediate access to health care. In the United States, women may live seven hours or more from the nearest tertiary care facility, meaning our protocols must account for these differences.

Bile acid results for the majority of women in the United States require about a week to process, as opposed to 24 hours or less in many other countries, making it difficult in the US to base delivery decisions upon bile acid concentrations alone. Ideally we would fix this problem, which is the chief complaint regarding the treatment of ICP from most health care professionals. However, the process of earning FDA approval for a new test is lengthy and expensive, and so far our major labs have not been receptive to the change.

One positive aspect of the American health care system is that we are very good at caring for babies delivered at weeks 36 and 37. Our outcomes, among the best in the world, help to shift risk in favor of early delivery.

Differences in interpretation of the 2019 study

Taking all of these things into account, our experts and governing bodies (ACOG and SMFM–Society for Maternal-Fetal Medicine) have come to different conclusions regarding the 2019 study than experts in some other countries. Our US contributors to the study stated the major conclusions of the study were not about timing of delivery. In fact, the discussion section of the study acknowledges this: “For the women in our dataset with peak bile acid concentrations of less than 100 μmol/L and singleton pregnancies, we found no increase in stillbirth compared with the background population risk before 39 weeks’ gestation; however, the 25·3% preterm birth prevalence in this group, the largest proportion of which was iatrogenic, might have contributed to prevention of later stillbirth.”

In the United States, the interpretation of the results is that current management practices (including delivery in week 36) work, and we should continue to use them. Women with bile acids of 100 μmol/L or more require extra attention.