Shortly after the birth of my son, I began to follow several mommy blogs on Facebook and read an article about how a woman’s complaint on Facebook about itching during pregnancy could have saved her baby’s life. Two years later during our second pregnancy with our daughter, I began to itch very early on. I was itching on my shins as of 8 weeks. I didn’t remember the name of the condition that I had read about, but I did remember that itching during pregnancy should be reported to your doctor. I called my doctor and the providers said it was too early to be Intrahepatic Cholestasis of Pregnancy (ICP). Several more weeks passed with intense itching and I finally convinced my doctor to investigate, I was officially diagnosed at 15 weeks with ICP when my bile acids came back elevated. I was put on medication and monitored closely, but my levels never improved and neither did my itching. I was debilitated from the itching and the anxiety of worrying about our daughter constantly. After two weeks in the hospital of constant monitoring, our daughter was delivered at 35 weeks. She spent a month in the NICU and came home right before Thanksgiving. We will forever be grateful for her safe arrival and the tremendous medical care we received during our pregnancy.

Her first year was a blur, as it is for most parents, but as her birthday crept up, I wanted to mark the occasion with raising awareness for ICP. Knowing not every Cholestasis of Pregnancy mother gets to celebrate their child’s first birthday, it was the best way I could think of to celebrate our sweet girl. We rented a space at a local restaurant, Campo Di Bocce, that had bocce ball and asked for donations from our friends and family instead of gifts. We hosted a bocce ball tournament and held a silent auction during the event to raise even more money. We were extremely fortunate to have the help from many to make the event happen!

It was a great event that accomplished three things that are extremely important to our family: 1) Celebrate the birth of our little miracle ICP baby 2) Raise awareness of ICP, as to many people have no idea what it is and 3) Raise money to support ICP research and awareness as it is an extremely underfunded disease. One of my uncles said “oh now I sorta understand what the condition”. Every little bit of education helps when spreading awareness! Between donations, bocce ball tournament tickets, and the silent auction we raised over $5,000.

It still amazes me how ICP can affect families in such a terrible way, yet so many people have no clue what it is. This includes myself, as I had already had a pregnancy and had never heard of the condition until I read that article. It is also frightening how many doctors are uneducated about this disease. There is a real need for ICP Care and the tremendous work they do to spread awareness, fund research, and support women with the condition. I am truly thankful for the support I received through ICP Care, and we are so happy to make any sort of contribution towards that work.

Even now that I am starting to deal with post-partum itching (cyclical), ICP Care has been an invaluable support and knowledge system. I hope through awareness and research we will one day have a better understanding and treatment for this horrific disease. 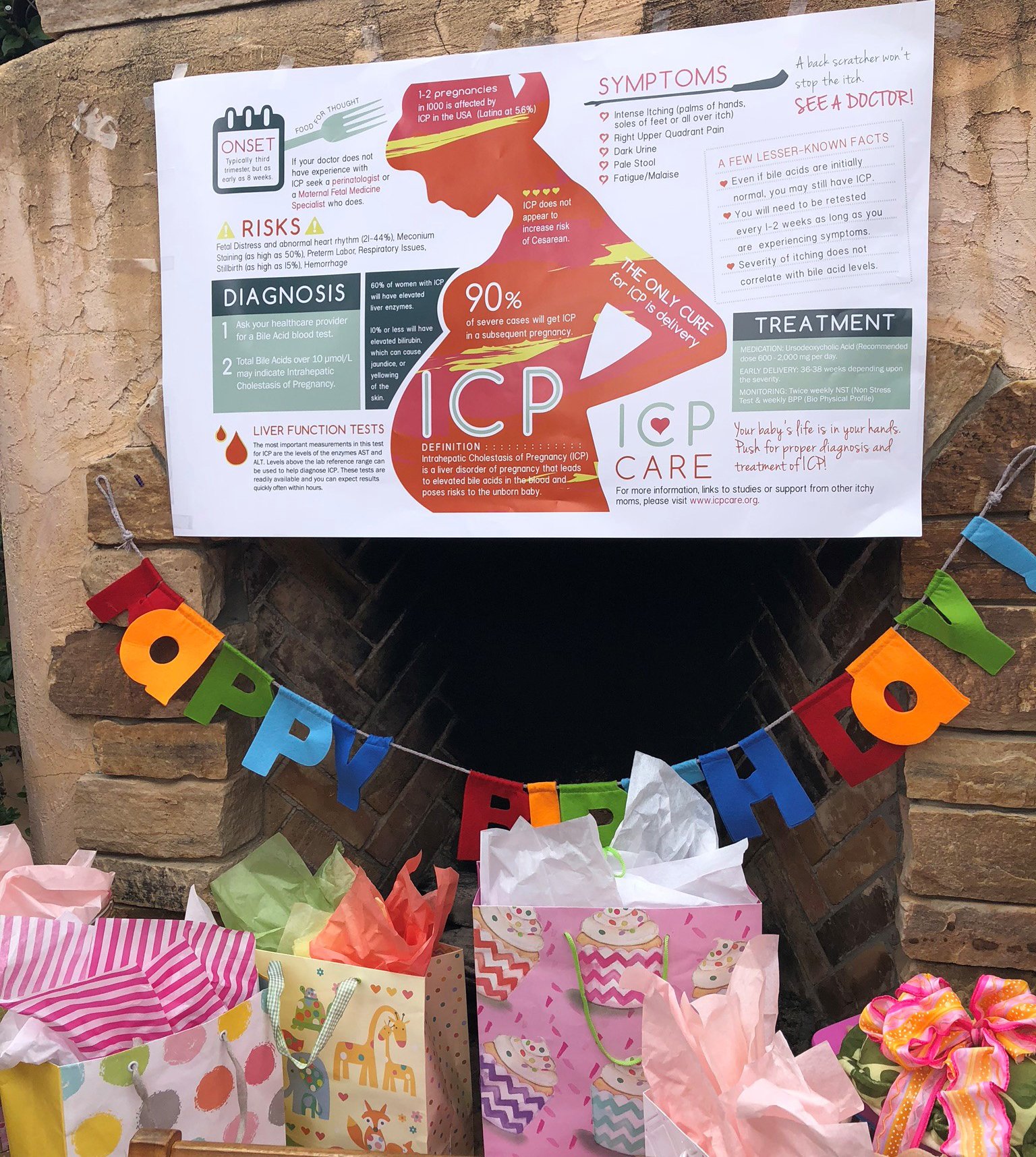