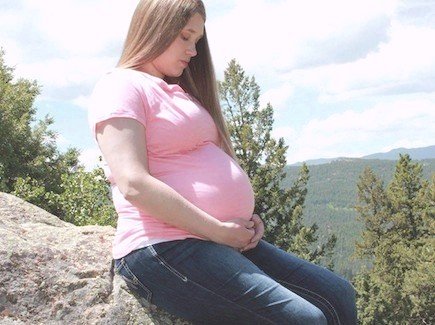 There are several factors known to contribute toward the development of ICP, though the reasons are complex and not fully understood. It is known that around 60-90% of women who develop Intrahepatic Cholestasis of Pregnancy in a pregnancy will go on to develop it in future pregnancies, which indicates that there is an interplay of multiple factors. Experts think it is a combination of the following factors in pregnant women that lead to ICP.

Women who develop Intrahepatic Cholestasis of Pregnancy have a genetic predisposition to the disorder. The genetic component of ICP is confusing to many people, and there are many genetic studies in the field. There does not have to be a family history of the condition in order to have this genetic predisposition. It can be inherited from parents who are carriers of the obstetric cholestasis gene, meaning they have a copy of the gene but do not develop the disorder themselves. This can make it difficult to predict if you will inherit the gene.

Most women who develop Intrahepatic Cholestasis of Pregnancy do not have a family history but may have inherited the gene from carriers. However, due to the genetic nature of the disorder, family members such as mothers, sisters, and daughters are at higher risk for developing Intrahepatic Cholestasis of Pregnancy. If a woman develops ICP, their children may be at risk for developing the disorder, and should be aware of it for their own future pregnancies.

ICP is not a single disease, rather, it is a group of related disorders which all affect the liver’s ability to transport bile effectively. Research has identified several genes which contribute to Intrahepatic Cholestasis of Pregnancy, however there are many others which have not yet been discovered. Many of these genes cause problems in a protein called the Bile Salt Export Protein (BSEP). This protein is responsible for moving the bile which is created in liver cells out of the cells and into the bile duct. Because there are many variants of Intrahepatic Cholestasis of Pregnancy, the disorder can present very differently in affected women. The amount of bile acid puts women at an increased risk for liver disease.

A helpful diagram to understand the Genetics of Intrahepatic Cholestasis of Pregnancy (ICP).

During pregnancy, the hormones estrogen and progesterone are highly elevated. These high levels of hormones further interfere with the liver’s ability to transport bile. As the pregnancy progresses, the hormone levels increase. As the liver is unable to effectively move bile acids out of the cells and into the bile duct, these bile acids can begin to build up in the bloodstream instead. At this point, ICP has developed.

Since pregnancy hormones increase throughout the pregnancy, Intrahepatic Cholestasis of Pregnancy is more likely to develop later in the pregnancy, although it has been documented as early as 8 weeks gestation. In women with ICP, hormone levels aren’t typically higher than women without ICP, but the level of some progesterone breakdown products is higher in women with ICP. Some researchers think that it is these substances that affect the liver’s ability to cope with bile acids, leading to cholestasis.

Estrogen has been known to cause impaired bile flow for some time, but more recent research has indicated that progesterone may be as much or more at fault. One of the known risk factors for developing Intrahepatic Cholestasis of Pregnancy is progesterone treatment. Women who take progesterone supplements for infertility, hormone replacement therapy, or amenorrhea (absence of menstrual cycles) are at a higher risk. Other hormonal risk factors include multiple pregnancies (twins, triplets, etc.) and in vitro fertilization, both of which increase the levels of hormones in the pregnant mother.

While most women who have ICP will go on to develop the symptoms of the pregnancy disorder in future pregnancies, not all do so. This indicates that there are environmental influences which contribute to whether or not Intrahepatic Cholestasis of Pregnancy is developed. These environmental influences are not fully understood. It is known that more women are diagnosed with Intrahepatic Cholestasis of Pregnancy in winter months, which suggests that there may be a seasonal influence.

It has also been noted that women with the disorder are more likely to have selenium deficiency. In areas with a high incidence of ICP, the rates have reduced in recent times. It has been suggested that this may be due to improved nutrition in these areas, notably more variety and accessibility to fresh vegetables. While there is no evidence to prove that diet can prevent or reduce symptoms, some women anecdotally feel that a healthy diet has helped.

Some health professionals recommend that women consult with a dietician in the first trimester of pregnancy, especially women who have had ICP during their first pregnancy.

Read about the Risks associated with ICP.